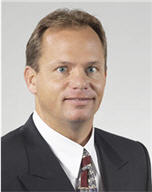 East Lansing, MI (June 30, 2010) – Robert R. Ryan was recently elected chairman of the board of Red Cedar Technology. He has over 25 years of experience in the high tech software industry and also currently serves as Chairman and CEO of AboutGolf, Limited. Mr. Ryan previously served as President of Mechanical Dynamics, Inc. (MDI). He led MDI from start-up to over $50M in annual revenues, took the company public, completed seven international acquisitions, and positioned MDI as the leader in its market sector. In 2002, Mr. Ryan oversaw the sale of the company to MSC.Software and served as Executive Vice President of the newly combined firm.